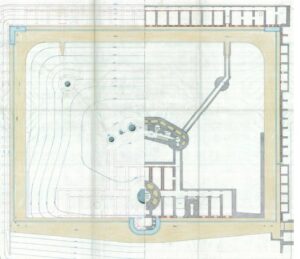 Drawings of The Garderhöj Fort

The Garderhöj Fortwasconstructed during the years 1886-1892.
It was financed by private fundings by the association ” den Frivillige selvbeskatning til forsvarets fremme” (The voluntary payment to
benefice of the defence” shotly known as “Fædrelandets Forsvar” (The Defence of the nation). It took 1,1 million kroners to build.
The Garderhöj Fort was the largest of the constructions at the fortifications. As the only one it was square-shaped, opposite the later
triangular forts.

The interior of the Garderhøj is the Best preserved of the Copenhagen fortifications.

In the throat there were barracks with 15 casemates for the fort crew. It was during peacetime 18 officers and 120 men, and at war 27 officers and 170 men.
The Garderhoej was the only fort with its own infantry crew. Their barracks were placed in the outside of the moat. The 2-300 men from the infantry lived in the barracks 20 casemates.

The defence of the moat consisted of 2 pcs. of 47 mm. guns and 9 pcs of 8 mm. mitrailleuses and 2 machineguns.

The surface and exterior 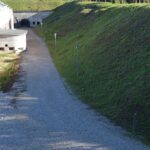 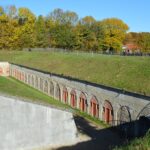 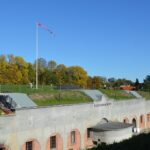 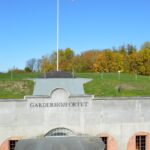 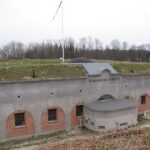 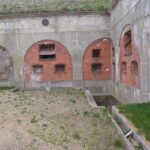 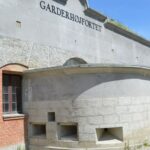 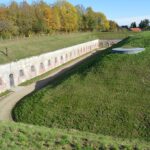 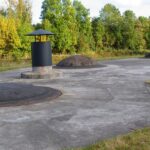 The artillery and turrets

The interior of the Fort

The interior of the barracks