Floorplan of the Trekroner Naval Fort

The current Trekroner Fort is the 2nd generation.
The original, built in 1713, was located 200 meters to the north of the present fort, and was formed by some endowed sunken warships. Of these there were three battleships, one of which, Trekroner, named the fort.
The fort served until 1731.

In 1786, the construction of the new Trekroner as we know it today is started by King Christian VII.
The fort is framed by piles and a strong frame structure, that was filled with soil and mud from Copenhagen as well as a deepening of the harbor. As early as 1801, before the fort was completed, it took part against the English in the Battle of the Rhed. The fort was hastily equipped with 66 guns and 660 men, and together with the navy’s ships and some hastily equipped naval batteries the enemy, with the admirals Parker and Nelson at the head, was kept away from Copenhagen.
This was, however, not enough to avoid defeat.

Again in 1807, Trekroner was active during the English bombardement of Copenhagen.

After the state bankruptcy, there were no funds for the neigher the Army nor the navy, and it was not until 1818 that the king raised the funds for the completion of the Trekroner. It was completed in 1828.

The bulwarks were now reinforced with a 3 meter thick sandstone wall covered with granite. In the throat (the backside of the fort), shooting openings were made.

In 1838-39 the two barracks buildings were erected at the entrance to the harbor of the fort.

During the Danish-Prussian Schleswig wars, the fort was manned by 390 men.

During the period 1865-1869, the fort was expanded with the casemate building, batteries with magazines built into the traverses and a mine control station.
Everything built with the new material of the time – concrete.

In 1868, the lighthouse was built consisting of a steel skeleton with cut steel plates. The lighthouse is still active.

The fort was very heavily armed.

At the the turn of the century, the armament consisted of: 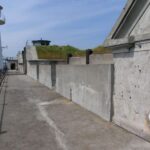 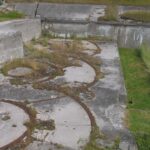 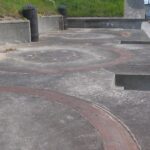 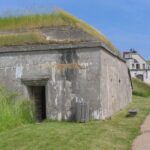 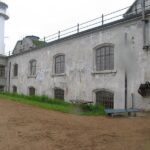 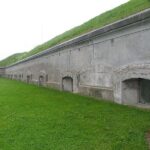 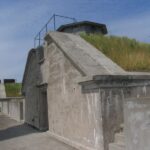 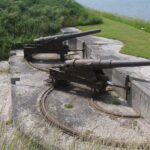 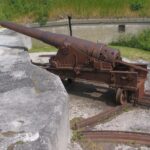 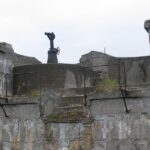 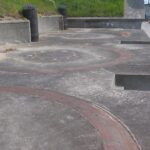 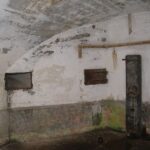 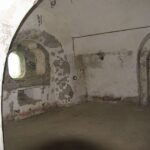 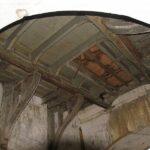 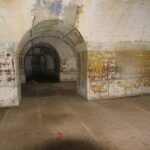 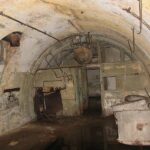 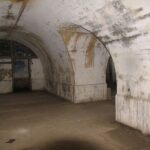 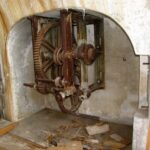 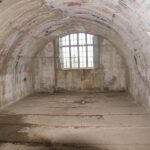 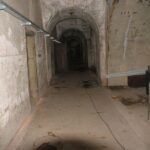 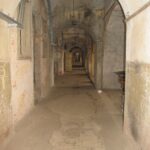 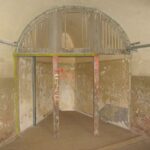 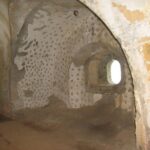 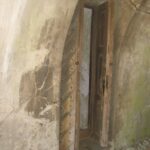 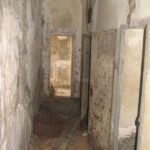